When you get your first tortoise there, quirky caricatures can become infectious and make you want more than one. While there is nothing wrong with owning more than one tortoise, we need to be careful of there are pitfalls.

That is a quick and short answer, and I feel that something so crucial needs a lot more explaining. We jump right into why it’s such a bad idea and why you shouldn’t be keeping different species together. However, it is not all doom and gloom as we offer you ways so you can house other species safely.

Can Different Species of Tortoise be Kept Together?

Reasons why you should Not Keep Different Species Together

The most significant danger to keeping multiple species of tortoise together in the same enclosure is cross-contamination.

Reptiles carry many different kinds of pathogens, including parasites, which can be extremely dangerous to other reptiles that are not immune.

By mixing different tortoise species together in the same enclosure, you run the risk of spreading a parasite from one species to the other. While one species might tolerate a particular parasite just fine, the other might get sick from the exposure and even die.

One of the most dangerous parasites that can put your tortoises at risk is coccidia. Coccidia is found in many animal species and even in many tortoise species, but some tortoise species will have a severe reaction to contracting coccidia. The risk of infecting a new population with the parasite is one good reason not to keep different tortoise species together in the same habitat.

That is not to say you cannot own more than one species of a tortoise at the same time, only that they should not be kept together in the same environment.

You can easily keep multiple species of tortoise and other reptiles as well, as long as you have them adequately separated.

Setting up proper habitats that can keep multiple families of tortoises in the same household is possible as long as you follow some simple steps to ensure that cross-contamination is unlikely.

How to Safely Keep Different Species of Tortoise

First, keep each tortoise population in their own separate enclosure. Do not keep them in the same enclosure, even if you have a barrier between them.

Disease like to spread through respiratory droplets and animal waste, which will sink into the sand or soil. Ensure that each tortoise population has its own food, water, and soil that the other tortoises do not touch in the home.

Keeping different species of tortoise involves a little more planning but can be done. The best tip I can offer is to set up a rotor system to prevent cross contamination.

Airborne cross-contamination is not the most significant issue you will face; however, keeping your tortoise in a well-ventilated area is a best practice, even more so if you are maintaining multiply species in the same place.

Do not let them share food, water, or soil. That is the easiest way to spread issues from one population to another. Enclosures can be kept near one another as long as there is no way for the tortoises to somehow come in contact.

Do not take old soil or food, or water from one enclosure and use it in another. If you handle on tortoise population with your bare hands, make sure to wash your hands before handling another population thoroughly.

If you need to have the tortoises share a common area for whatever reason, or if a tortoise escapes, clean the affected area thoroughly with a powerful cleaner or bleach to try and kill any contaminants that could have been left behind.

If you are worried that cross-contamination might have already happened in your tortoise population, do not panic. There are signs to look out for to see if your animals are sick or not and if they need veterinary care. The two most common types of contamination in tortoises, especially cross-contamination, are respiratory infection and parasitic infection.

We already briefly touched on the dangers of spreading coccidia between reptile populations, but other similar parasites will have similar risks. Also, respiratory illnesses are highly contagious and can run through an unprepared population very quickly.

You might be surprised to learn that most animals display signs of respiratory infection in a similar manner.

Sneezing, coughing, and runny eyes and noses are common signs that your tortoise might have a respiratory infection. You can also keep an eye out for signs of lethargy, changes in diet or mood, as well as trouble breathing.

If you see any of these signs that persist for more than a day, it might be time to consult your veterinarian about the health of your tortoise.

Signs of a parasitic infection, including coccidia, include diarrhea and loss of appetite. Diarrhea can be very dangerous for any animal but especially tortoises.

If you see signs of diarrhea, you should contact your veterinarian right away. There is a massive list of possible parasites out there, and not every parasite is going to have similar symptoms or even show symptoms at all.

A loss of appetite can also be a sign of parasitic infections along with a loss of weight, and the reason I advise you to keep an eye on your tortoise weight. I have a full guide on How Much Should My Tortoise Weigh? To help monitor this situation.

Still, the most telling sign of a dangerous parasitic infection is diarrhea.

Now that we know the dangers of keeping tortoises together if they are not of the same species, you can work to creating a safer environment for your potential tortoise populations going forward.

When in doubt, remember, never mix tortoise populations, be diligent, always wash your hands and clean any shared spaces that the animals might come in contact with.

Do not allow different populations to share soil, sand, water, or food. If you follow these things, then the risk of a cross-contamination event is very small.

While it is possible for many home tortoise keepers, it will be hard to stop cross-contamination. So avoiding having multiple species would be a best practice unless you have ample space to keep them separated. 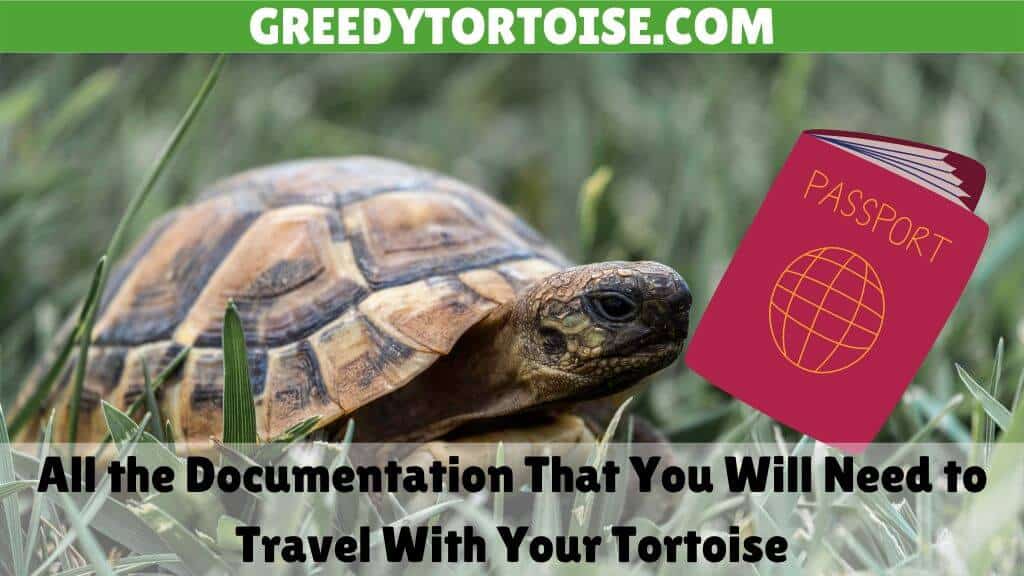 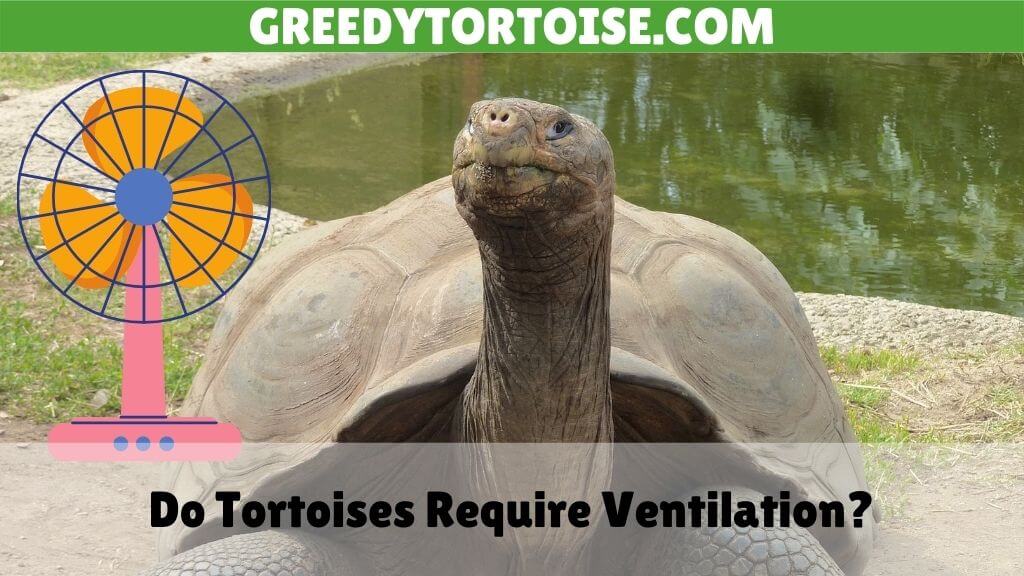 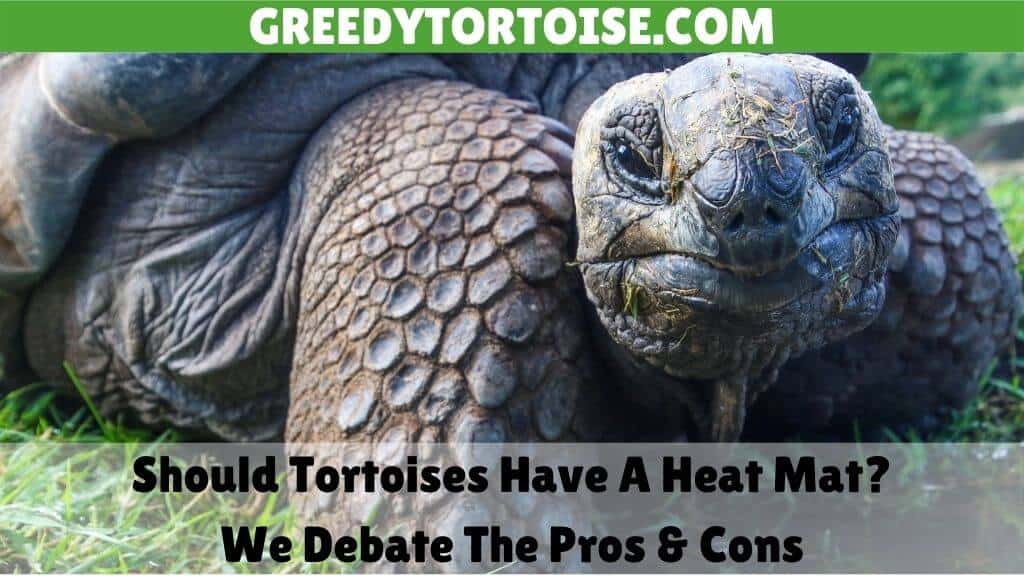